Top Reasons to Live in Saskatoon 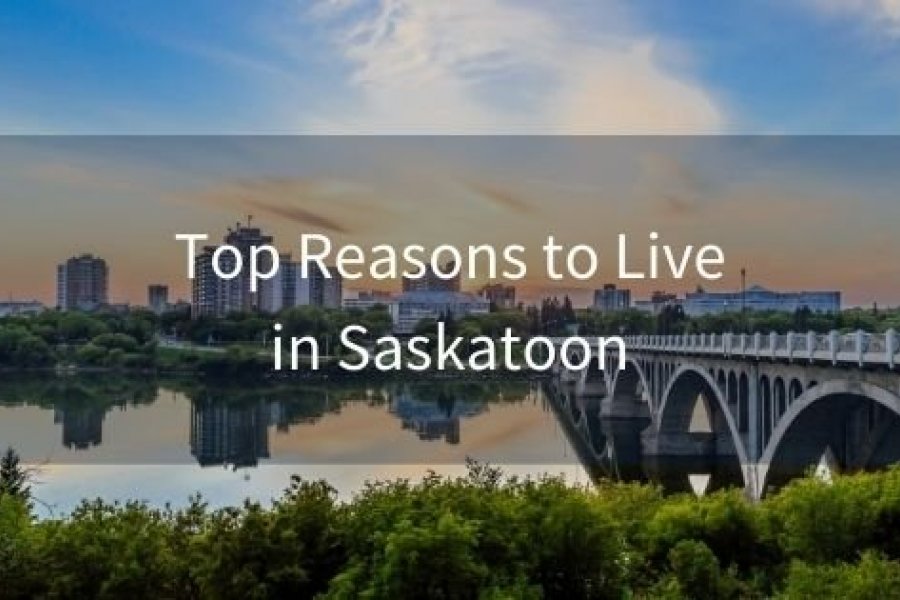 Saskatoon is the largest city in Saskatchewan and is among the fastest-growing cities in Canada. Situated on the picturesque banks of the Saskatchewan River, the city benefits from good weather and lovely scenery. Saskatoon has also gained the name “Paris of the Prairies” from its many picturesque bridges.

The region has been experiencing an increase in growth mainly from the number of people moving to live here. With a vibrant economy that’s supported by the numerous industries present in the region, the unemployment rate is low, driving its appeal for young professionals and those seeking a high quality of life.

If you’re interested in living in Saskatoon, there are a number of reasons to relocate here! The team at Leenan Property Management has compiled this list to help with your choice.

Reasons to Live in Saskatoon

Life in Saskatoon is relatively affordable compared to other major cities in Canada. Residents are able to live a comfortable life with the average salary without much financial strain. Housing costs are also lower than big cities like Toronto, meaning that rent and mortgage prices are at a fair level.

Most people have opted to live in this city due to the availability of numerous amenities, such as unique local shops, that they are able to afford thanks to the lower living costs compared to similar areas in the country.

The availability of jobs is one of the major factors that make people decide whether or not to move to a certain region. Saskatoon has experienced an influx of professionals over the years, taking advantage of the numerous jobs in the city and the strong economy.

The availability of these jobs has also paved the way for other service industries to come up and thrive. Healthcare, for example, has also grown considerably which means more diversified employment opportunities for Saskatoon’s residents.

The weather in Saskatoon is something that many residents have come to fall in love with. The town experiences four distinct seasons. Residents of Saskatoon experience relatively warm summers and cold to mild winters. The city has a drier climate than its neighbours and so it experiences low annual rainfall and humidity. Saskatoon has above-average sunshine every year in comparison to the rest of Canada.

There are also several activities that are celebrated in the city to complement the weather which is a bonus to those who are less thrilled with the winter. Some of the activities that you could enjoy include cross-country skiing or the WinterShines Festival.

The city of Saskatoon is divided into nine suburban development areas. As such, you are able to experience a variety of living experiences in this city.

The northern community of Dundonald consists of a quiet suburban lifestyle that is perfect for families, especially due to the proximity of Dundonald Park that is used as a space for picnics, walks, and playgrounds for children.

Nutana is another neighbourhood in the city, perfect for individuals working in the Central Business District. It offers a quiet space away from the hustle and bustle with minimal commutes. The neighbourhood also enjoys beautiful views from the river nearby.

Saskatchewan has a program that welcomes over ten thousand immigrants from all over the globe. The program is referred to as the Provincial Nominee Program, created to ease the immigration process for individuals with skills and experience. The city has also registered the highest number in the people moving into to the city compared to those leaving.

The city of Saskatoon sits on the banks of the South Saskatchewan River that offers beautiful views to its residents. It’s an ideal space for people who enjoy the outdoors. The city has several cycling and jogging trails around the river.

Saskatoon has also gained the title “Land of the Living Skies” from its gorgeous sunsets and stunning cloud formations. The northern lights are also occasionally visible from Saskatoon throughout the year, providing a breathtaking visual experience that many never have the chance to see outside of this region.Overall, Saskatoon is a beautiful city to live in .

Regardless of where you live in Saskatoon, many destinations are within walking distance. There is also the Saskatoon Transit that provides a fleet of buses that moves across various routes throughout the city. Most of the buses are equipped with racks that are used to hold passengers’ bicycles. There is also an Access Transit which is a shared-ride service that operates accessible vehicles on a door-to-door basis within the city for people with mobility challenges.

Other modes of transport include the VIA rail train that is found in the downtown area and the John Diefenbaker International Airport that offers one-stop connecting flights to domestic and international destinations.

Saskatoon has a number of recreational activities and leisure centres. There are several parks and museums in the city where residents can visit and enjoy the sights. A notable mention is the Western Development Museum where you get to learn about the economic history of our country.

Are you convinced that you’d like to move to Saskatoon ? If so, then you’ve made a great choice! The city offers an excellent quality of life, beautiful scenery, and plenty of employment opportunities. You can’t go wrong with this choice!

Leenan has been great! Provided me with great resources and support that assisted me in moving provinces. They have also been super quick to respond when I had an issue.

What You Need To Know As A Property Owner Download our Ebook
Owners, find out how much you should be charging for rent.
Download Our Ebook X