Best Places to Live in Saskatoon 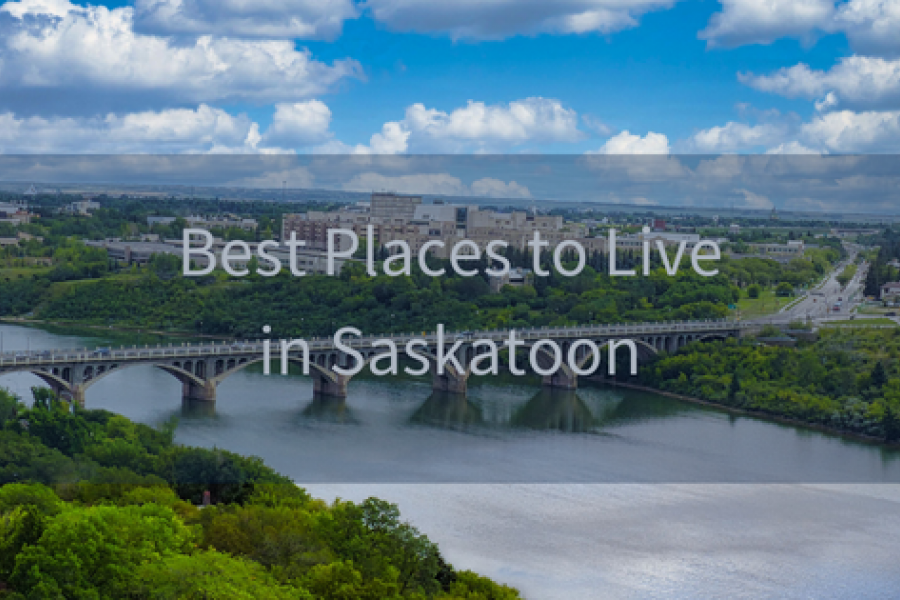 The vibrant city of Saskatoon, located along the South Saskatchewan River, has long been considered one of the best cities in the province of Saskatchewan.

The city’s youthful energy and affordable lifestyle have fueled its popularity, resulting in an influx of people from different parts of the province and country moving to this city's dynamic neighbourhoods in search of a new home and community.

The city of Saskatoon has been undergoing major development that have reshaped its outlook and boosted its growth potential across many neighbourhoods. The city is known for the local cuisine, its lively festivals, its expanding businesses, and the beautiful, natural scenery.

Here are some of the best neighbourhoods to find your next home in in the city of Saskatoon.

This is one of the oldest neighbourhoods in east Saskatoon, and also one of the most popular. Nutana hosts the well-known Broadway Avenue as well as a myriad of shops and restaurants. This Saskatoon neighbourhood provides a sense of community to its residents with a taste of the contemporary urban lifestyle.

Nutana has a number of attractive features, which include its proximity to the downtown Saskatoon area and the University of Saskatchewan. It is also known for its breathtaking, natural beauty thanks to views provided by the South Saskatchewan River.

This Saskatoon neighbourhood can be found to the north of the city, with the South Saskatchewan River running right alongside it. It is a fairly lively area with plenty of recreational activities and a number of community centers nearby.

The River Heights neighbourhood has several trails and paths which are close to the river and are suitable for walking, rollerblading, cycling, and running. It also has a wide variety of neighbourhood retail stores as well as restaurants, which add to its appeal!

In the heart of Saskatoon, just a few minutes away from the Central Business District, lies this gem of a neighbourhood.

City Park provides easy access to Saskatoon's restaurants, shops, and essential services, as well as a bustling entertainment scene and community. The neighbourhood is also filled with art and historical architecture, which makes it one of the most remarkable places in Saskatoon!

Residents in this area can enjoy easy access to the city center, various art galleries, and even an amusement park. Though it may be a small neighbourhood compared to the rest, City Park definitely makes up for that in the lifestyle it provides to Saskatoon residents!

The first houses in this neighbourhood were constructed back in the early 1900s, and the area has been growing steadily ever since.

The neighbourhood is a popular residential choice for new families thanks to its close access to Circle Drive, the Central Business District and schools like the Sutherland Public School.

Sutherland mainly consists of apartments and townhouses, with local amenities as well as various recreational opportunities. The neighbourhood also has an array of restaurants and eateries encompassed by the peaceful suburban environment.

This Saskatoon neighbourhood is also among the older neighbourhoods in the city, with a reputation for wonderfully built, single-family homes. The neighbourhood hosts a great number of shops and restaurants and the renowned site: Christie’s Mayfair Bakery.

The neighbourhood is family-oriented with convenient access to schools like the Mayfair School elementary. It also provides access to the A. H. Browne Park, which is a great place to enjoy some quality time with your kids.

This is one of the best neighbourhoods in the city for nature and land lovers looking for their next home. Silverspring is located close to the Saskatoon Forestry Farm Park and Zoo. The neighbourhood also provides access to the Silverspring Park, as well as a number of gardens in the area.

The nature-filled Silverspring neighbourhood is a peaceful, residential area that provides a great taste of the outdoor lifestyle. The neighbourhood has a good number of schools and recreational activities.

The west Saskatoon neighbourhood of Riversdale (not to be confused with the River Heights region) has made remarkable a turnaround to become one of the fastest-growing neighbourhoods in the city for people looking for a new home.

Though it may have had an unpopular reputation in the past, Riversdale has undergone some vital changes that have breathed new life into its community.

In recent years, Riversdale has seen tremendous community growth with the increase in new businesses, restaurants, coffee shops, and art galleries. The culture of the city is alive and well in this neighbourhood, as seen by the influx of new people in the area.

This neighbourhood provides easy access to the downtown area of Saskatoon and is characterized by apartments, condos, and a small number of family homes. The neighbourhood has a large number of community businesses, restaurants, bars, and shopping centers.

It is mostly favored by career professionals and students thanks to the array of commercial activities. This area does not fall short when it comes to shopping, entertainment, and a vibrant nightlife!

This is a picturesque, high-end neighbourhood in east Saskatoon within a short distance of the Central Business District. The area is filled with large, beautiful homes in a quiet and wonderfully-developed neighbourhood.

Briarwood is primarily a family-oriented community, consisting of people who mainly work in the downtown Saskatoon area. Most of the services in the neighbourhood are accessed within the Central Business District which is conveniently located a few minutes away.

This area is located near the center of Saskatoon and it has a great reputation for being calm and easy-going. It is mainly made up of bungalow-style homes and apartments, and it provides access to a number of parks and recreational activities.

Avalon is a great place for people who want to find their next home where they can spend time away from the city and reconnect with nature in a serene environment. It provides access to various services and retail outlets in the heart of its peaceful community.

The city of Saskatoon has plenty to offer in terms of its lifestyle and its wonderful neighbourhoods. There are many reasons to move here, including a great balance of high living standards and affordability with easy access to various services, entertainment, and recreational activities across all its neighbourhoods.

At Leenan Property Management, we have a great understanding of the local neighbourhoods in Regina and Saskatoon, SK.

Our property management team takes pride in providing efficient services that maximize the value of your investment property while enhancing the tenants’ living experience in all Saskatoon neighbourhoods.

For more information, get in touch with us today!

We are renting property for 4+ years. Great people, super responsible and responsive. Also so understanding in case of any troubles.

What You Need To Know As A Property Owner Download our Ebook
Owners, find out how much you should be charging for rent.
Download Our Ebook X